The Departure World Tour Program last 5 pages and the back cover starts off with color.

The Departure World Tour was Journey's biggest tour to date and the audience just kept getting bigger.

It surely was A Journey Beyond Evolution and through Infinity... 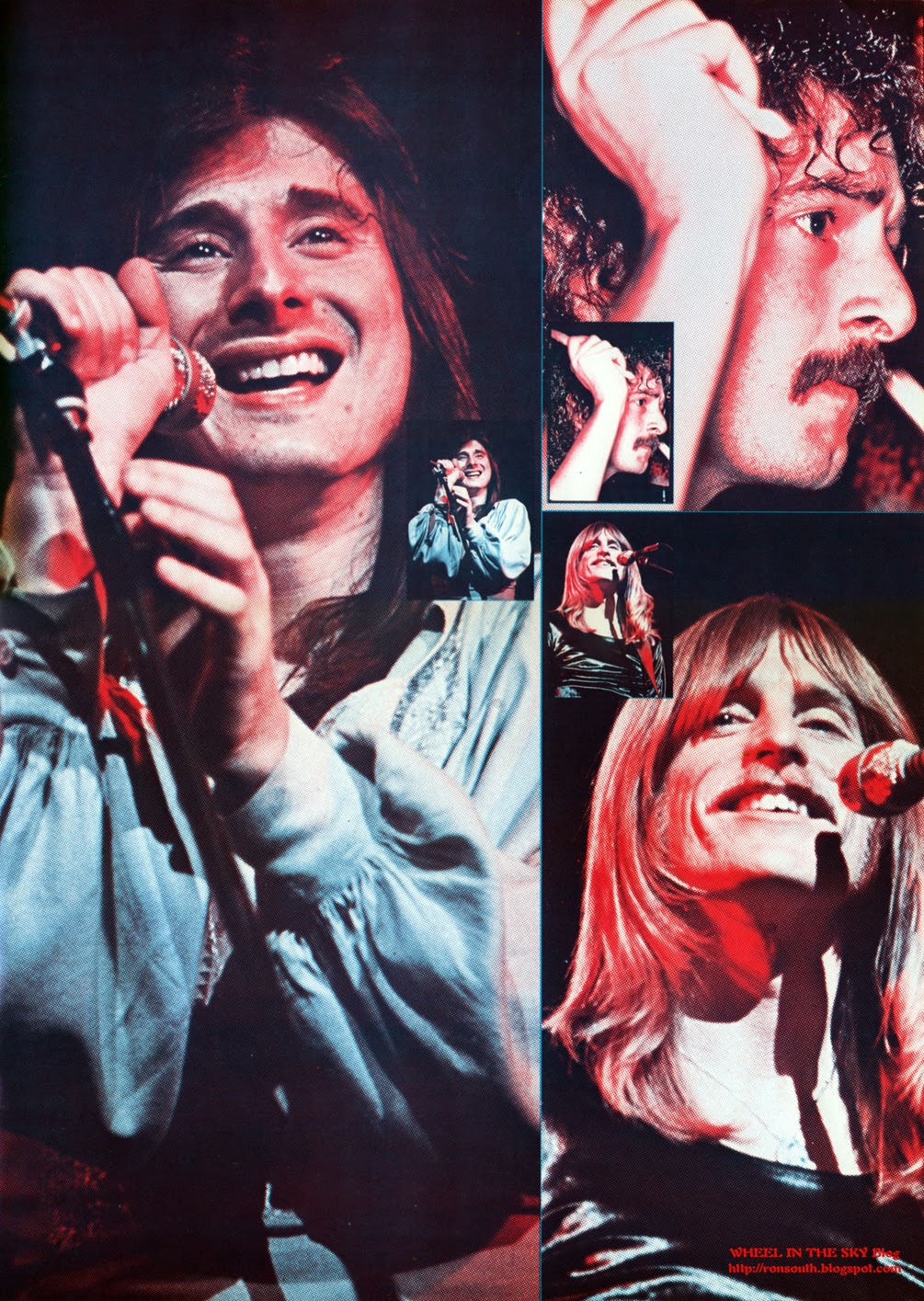 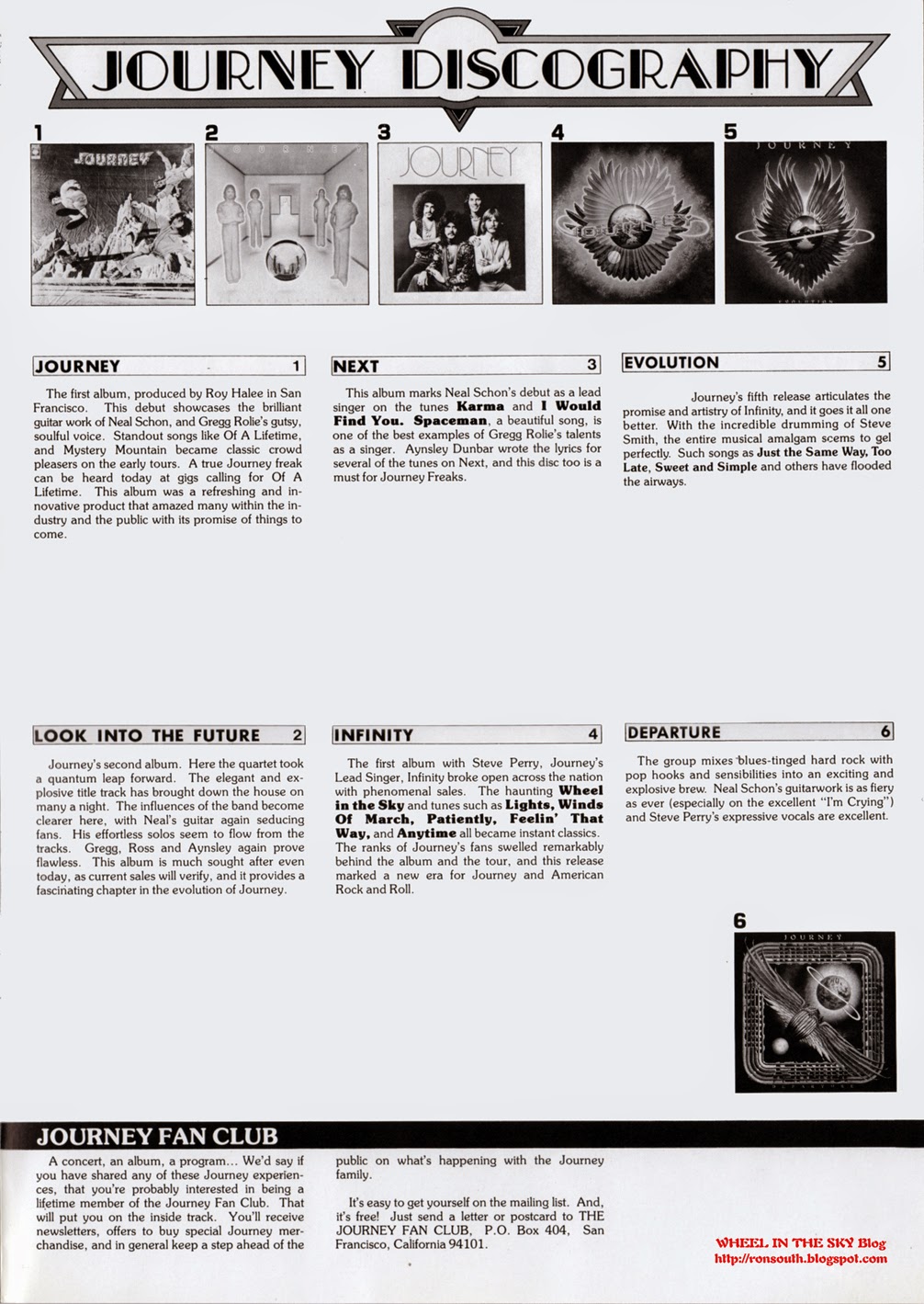 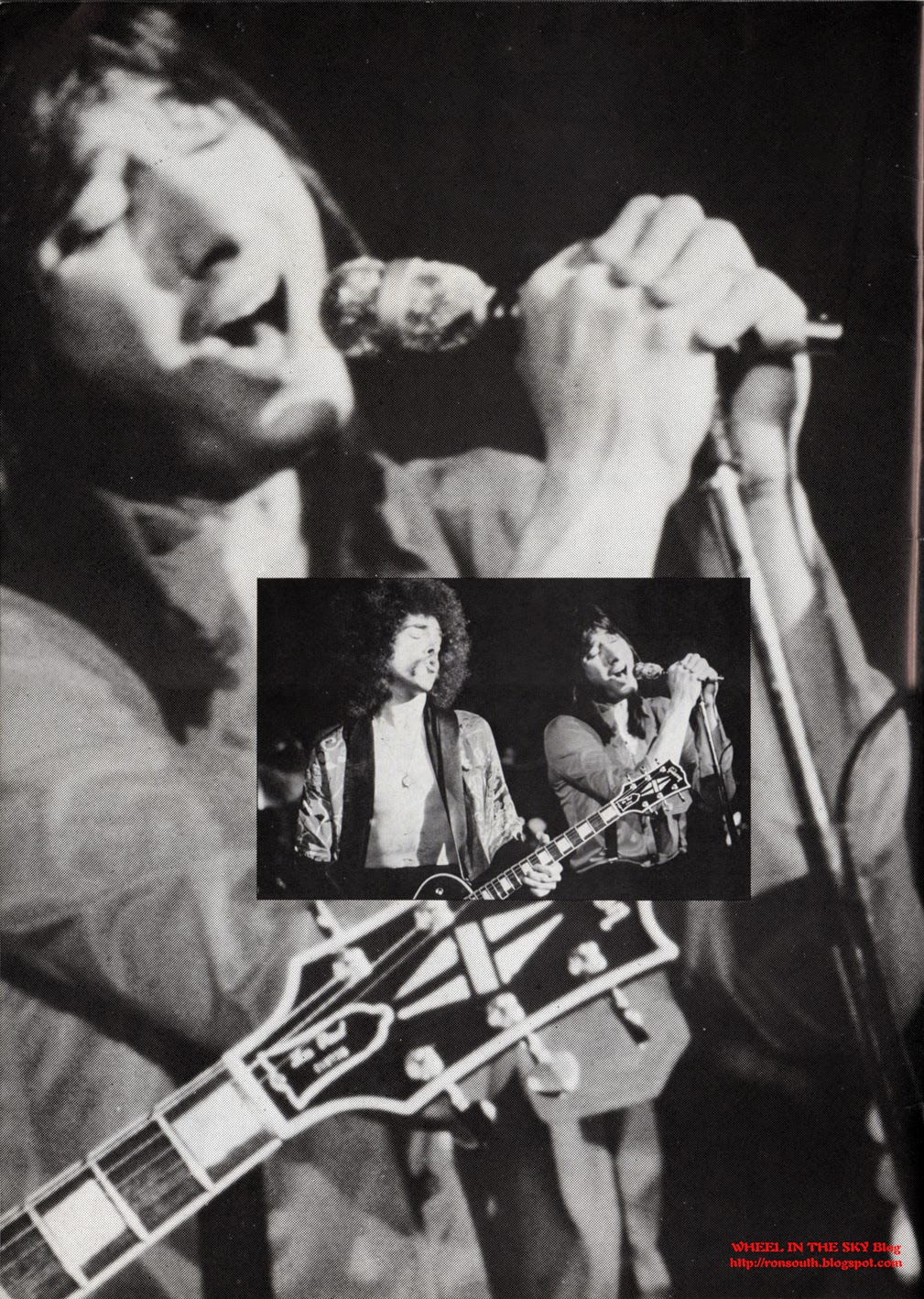 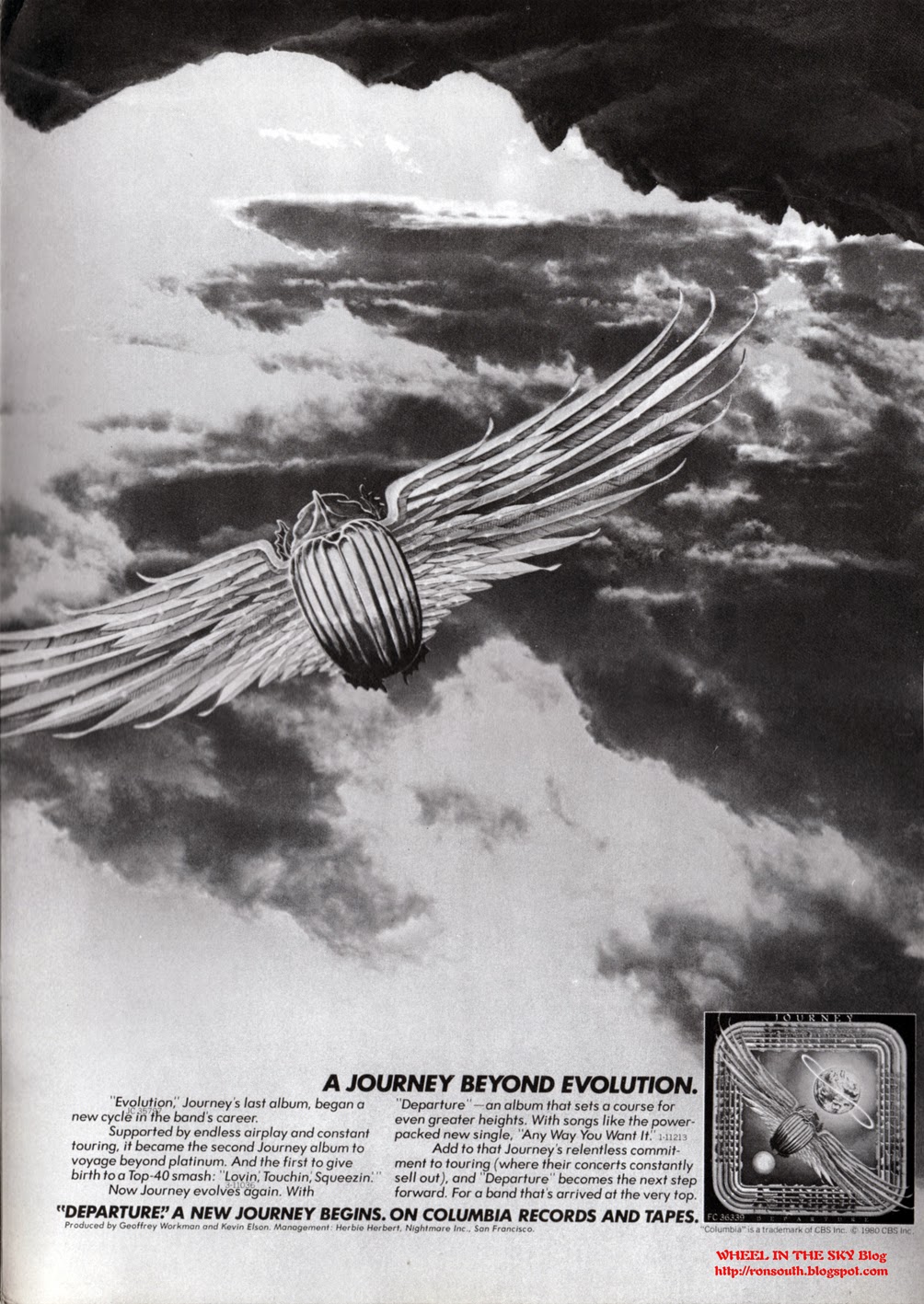 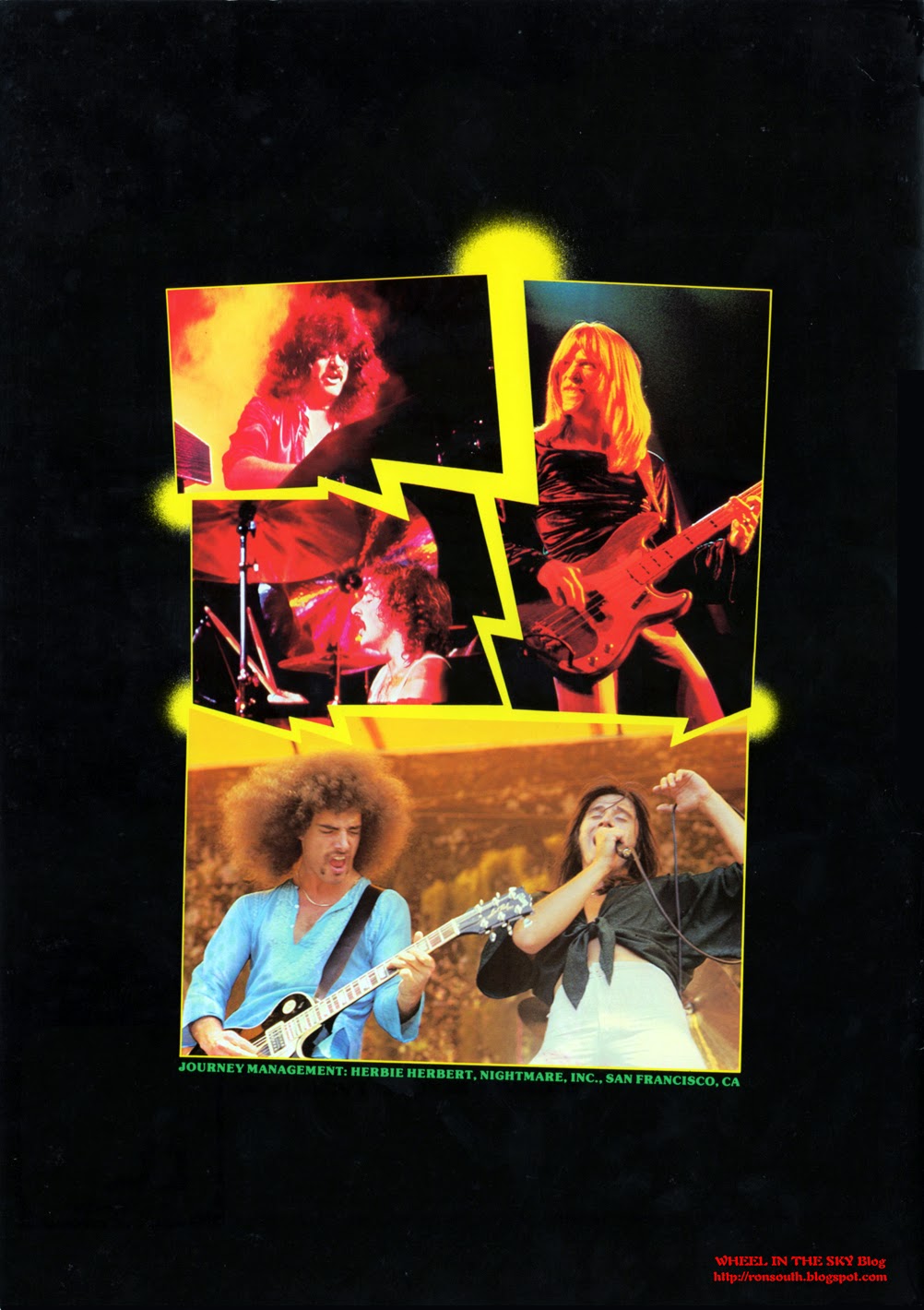 Trial By Fire was Journey's 10th Studio Album and first album after a nearly 10 year hiatus by the band.

This week we have the "The Journey Continues..." Biography. This has a lot of facts and trivia about the band and includes a Journey Discography (to 1996).

Also included is a list of top charting Journey singles.

May the Journey Force be with you... 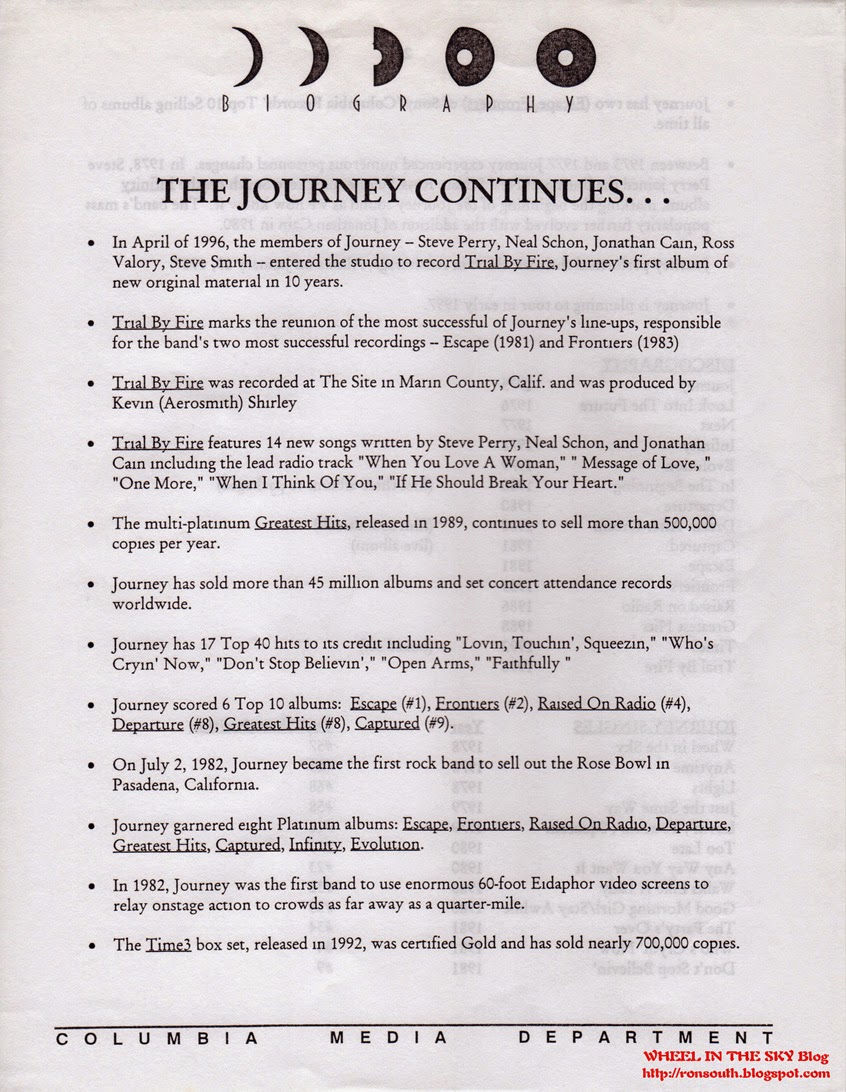 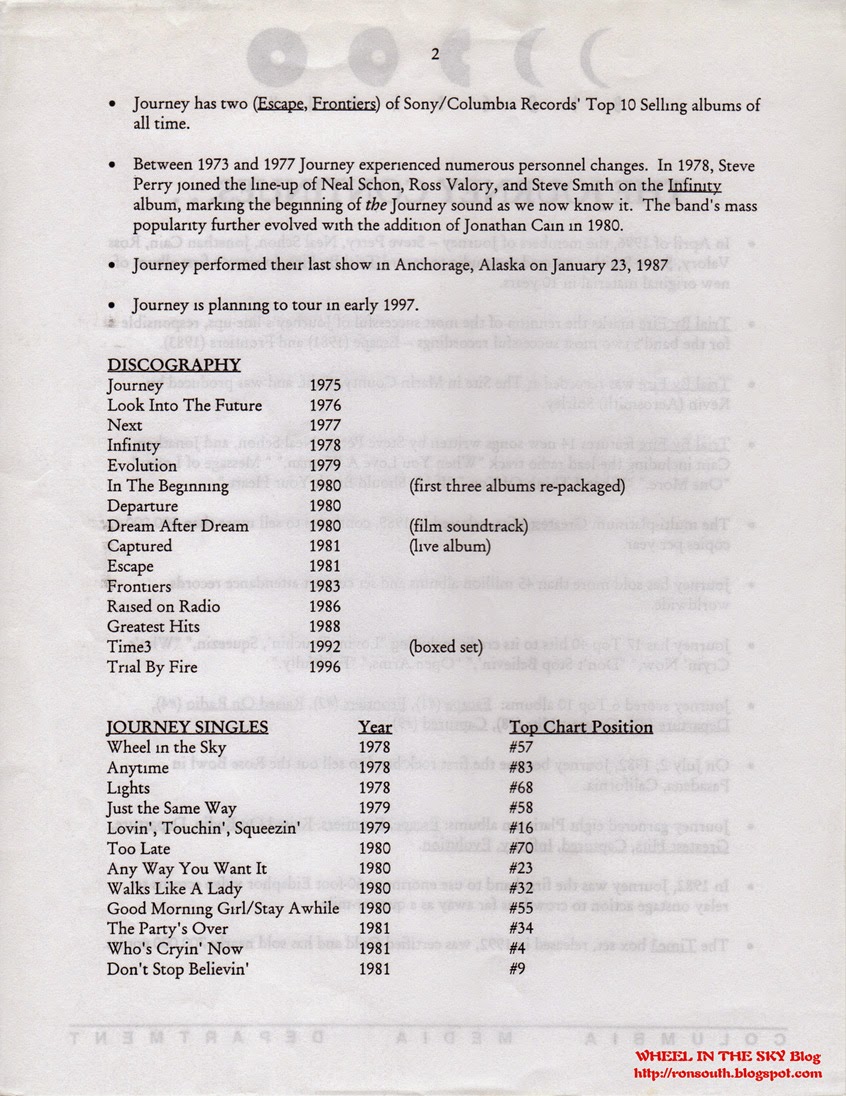 The 1996 Reunion Publicity Photo for Trial By Fire.

Trial By Fire was released on October 22, 1996 which spawned the #1 single, "When You Love A Woman", which was nominated for a Grammy Award for Best Pop Performance by a Duo or Group.

In the publicity Photo, it appears Steve Perry is thinking about something else... 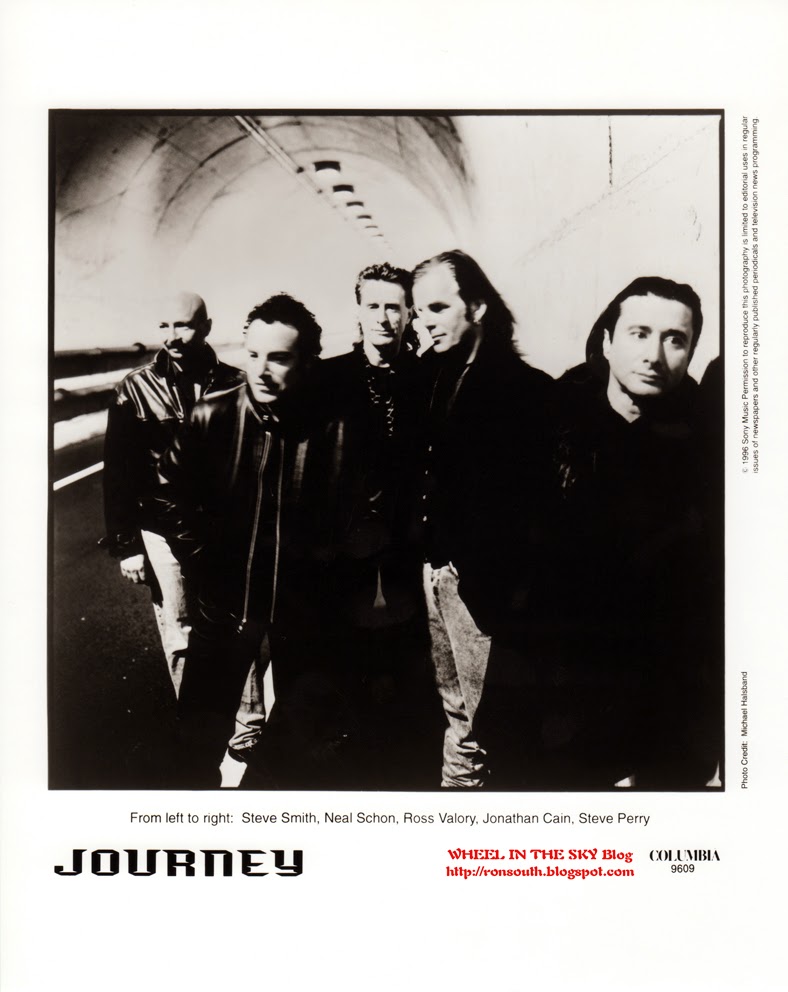 Here is the next five pages of the Departure Tour Book.

We start with an article titled "The Story Of Journey" which tells the story through 1979's "Evolution". The band has the same line-up and therefore used the same pages from the 1979 Tour Book.

The next three pages are black and white pictures of the band members including Gregg Rolie. This was Gregg's last tour with Journey.

This was the tour that was recorded for 1981's "Captured" album.

The last page included here is another article titled "Journey: Behind The Scenes" which tells the earlier story of Journey through 1978's "Infinity" 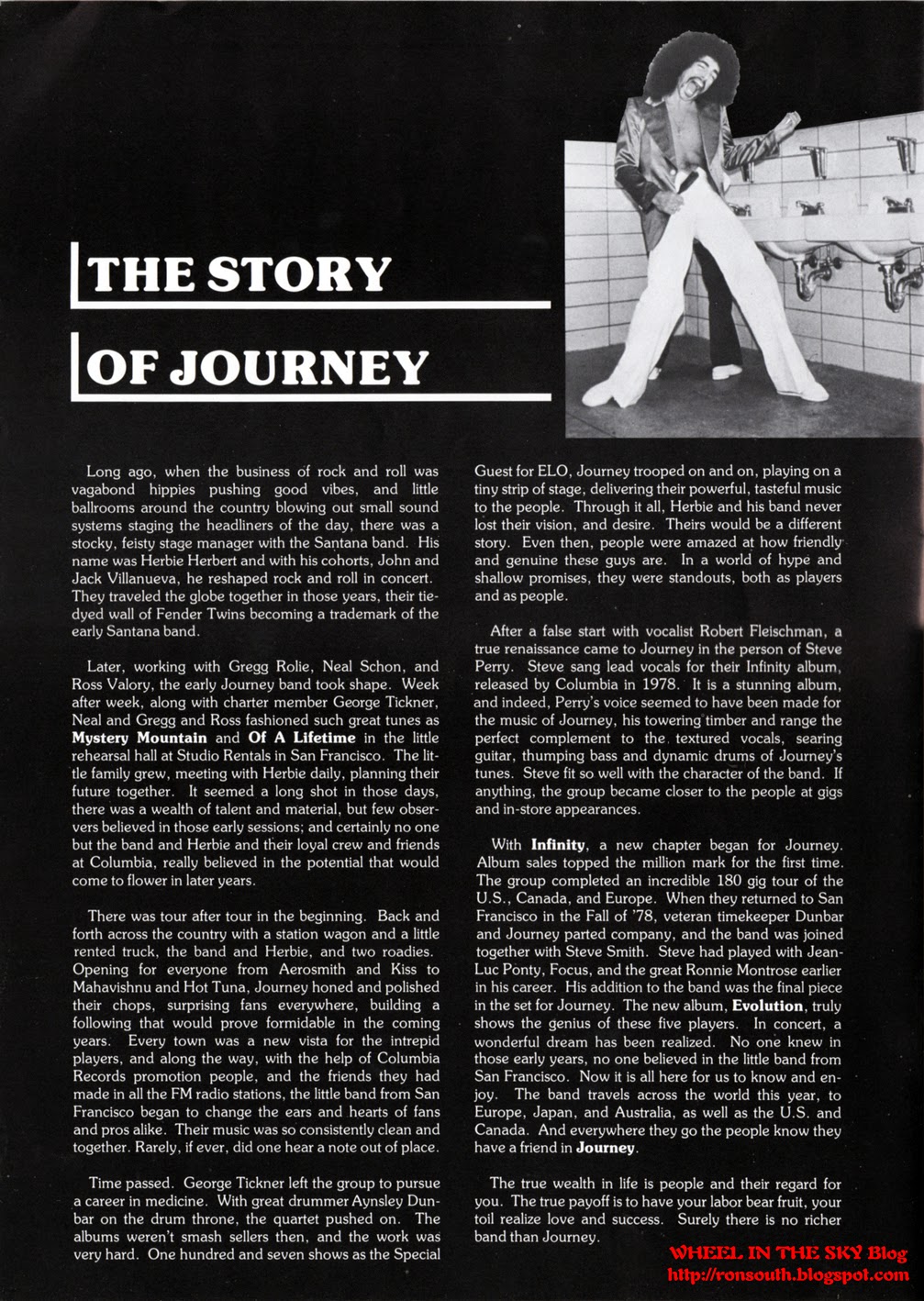 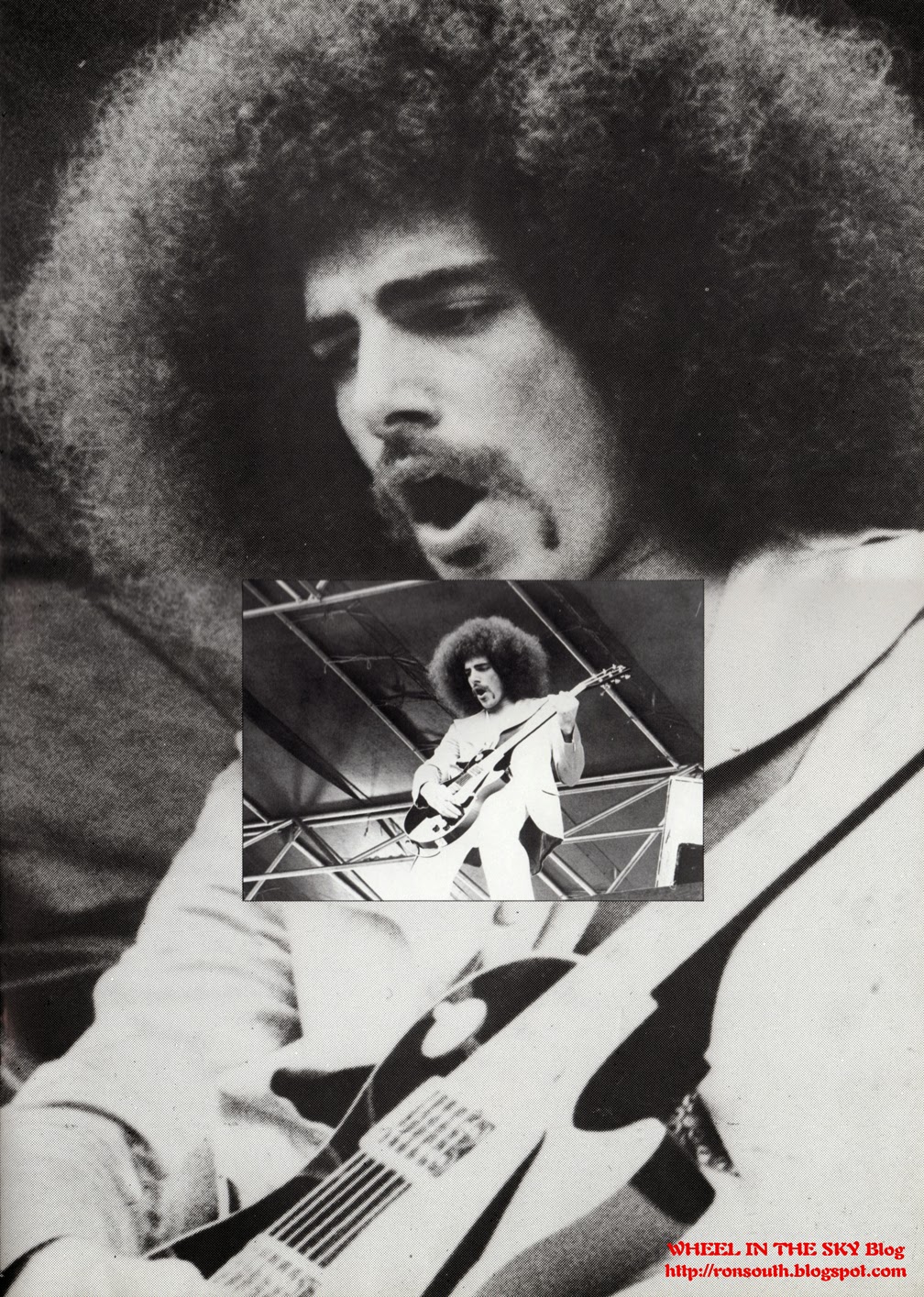 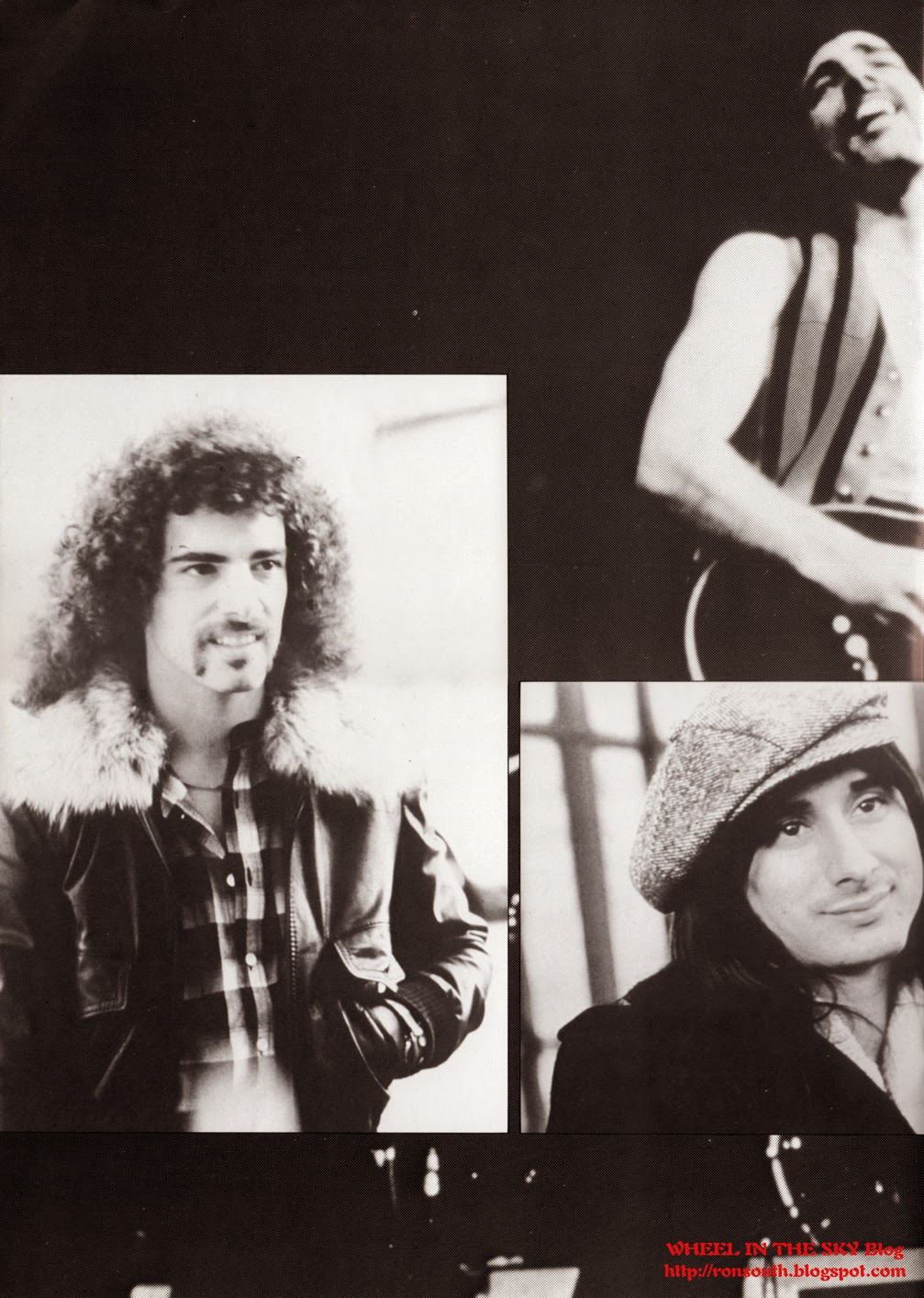 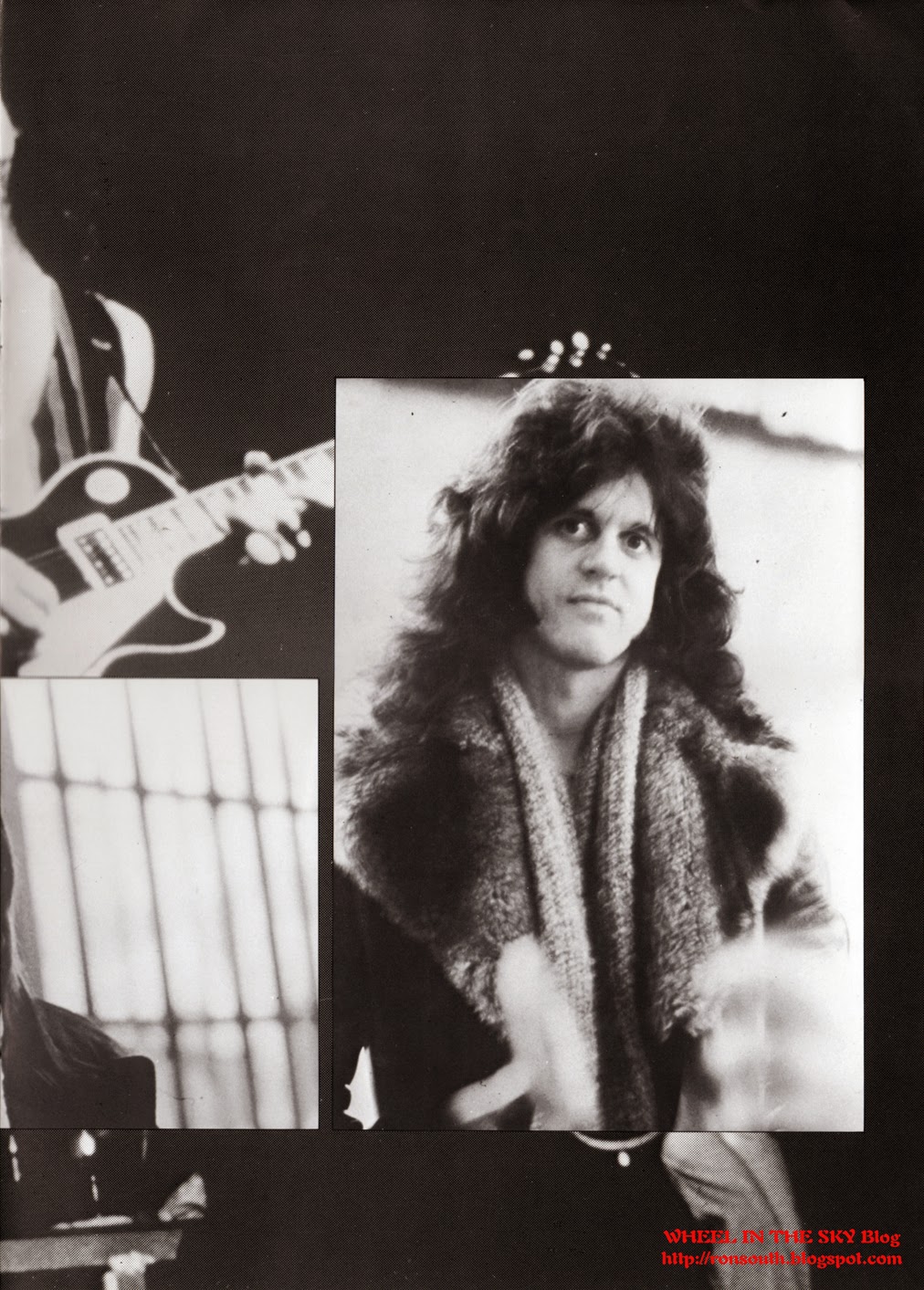 This is the Centerfold Band Photo from the Departure Tour Book 1980... 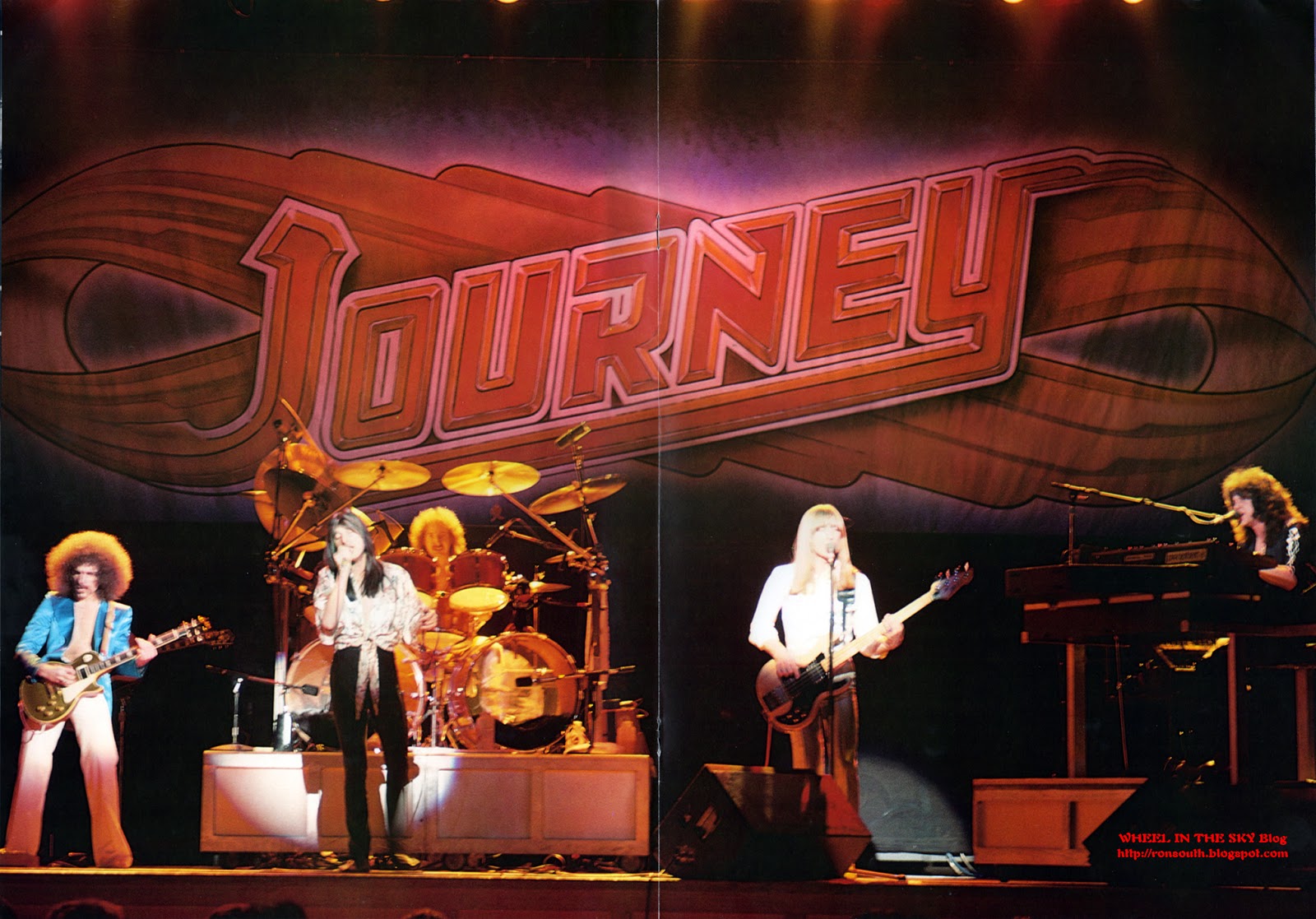 It's actually the same Photo from the center of the 1979 Evolution Program.
Posted by WheelInTheSky at 8:00 PM No comments: