No more letting everyone have a chance at vocals, Arnel takes on all the vocals on the album. The album also includes eleven of Journey's top hits rerecorded with Arnel's voice. Had they left it alone there, it would have been fine. The only bad thing in a really excellent album package is that the instrumentations are different, they should have used the old version and replaced only Steve Perry's voice. The album also came with a DVD of Journey playing live in Santiago, Chile 2008. 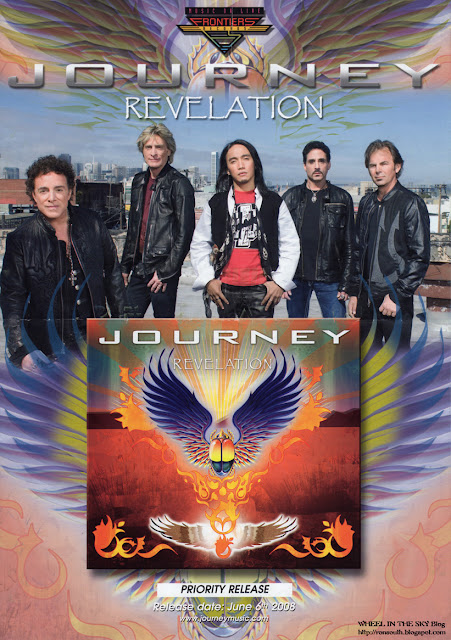 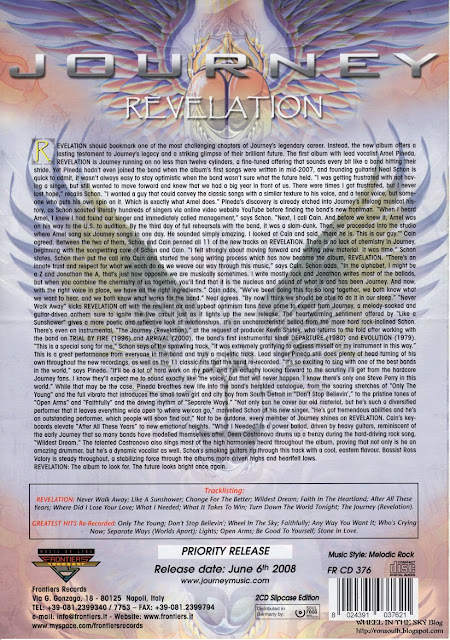 Here's an old Steve Perry News Article ad I never got around to posting. It reveals that Steve Perry had over 50 songs ready when this news article was found in 2015... 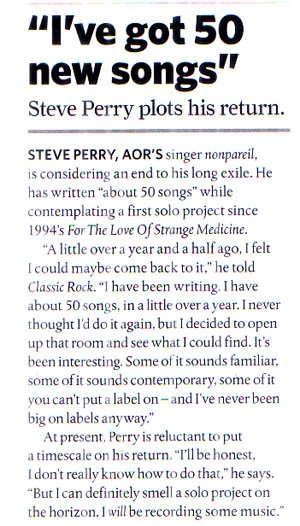 Steve Perry will be releasing his new album "Traces" on October 5, 2018. You can order it on Amazon.com and receive the 10 song version or order from Target and get 5 extra songs for a total of  15. That's 15 brand new songs from Steve Perry!! 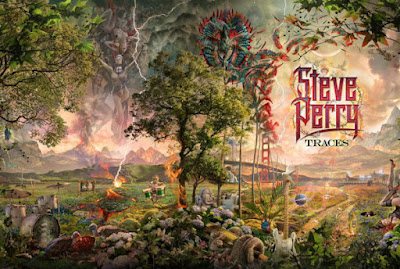 Posted by WheelInTheSky at 9:00 AM No comments:

2005 also marked the 30th Anniversary of JOURNEY. The band celebrated by giving at least one song top each member. Of course Steve Augeri sing the most number of them. 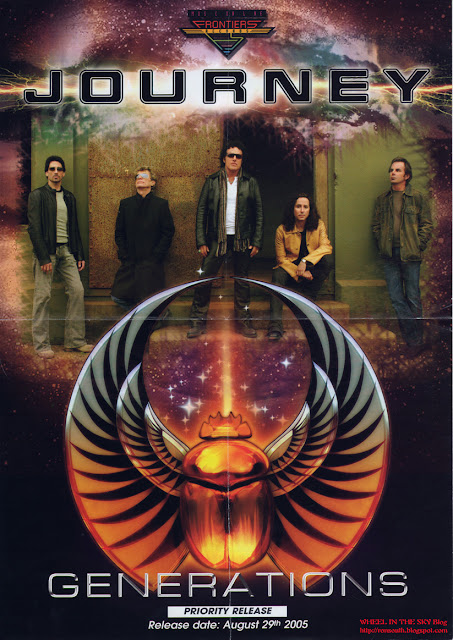 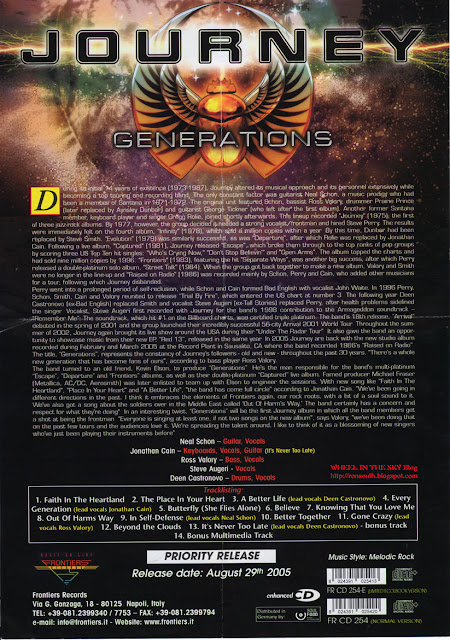 The last three pages of the Newsletter starts with Pen Pals. Before the internet, this is how people met and kept in touch. Please ignore the people and addresses as they are no longer valid.

The 1990 Tour Dates for the Band Neal Schon and Jonathan Cain got involved with, "Bad English". The dates are March - May 1990.

The rest of the issue deals with Merchandise... 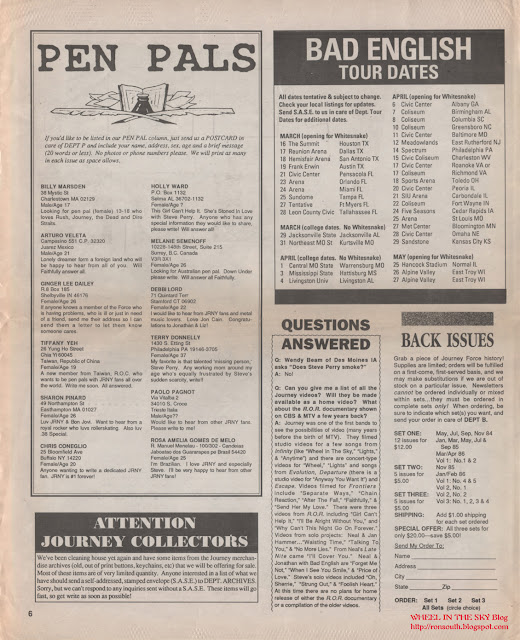 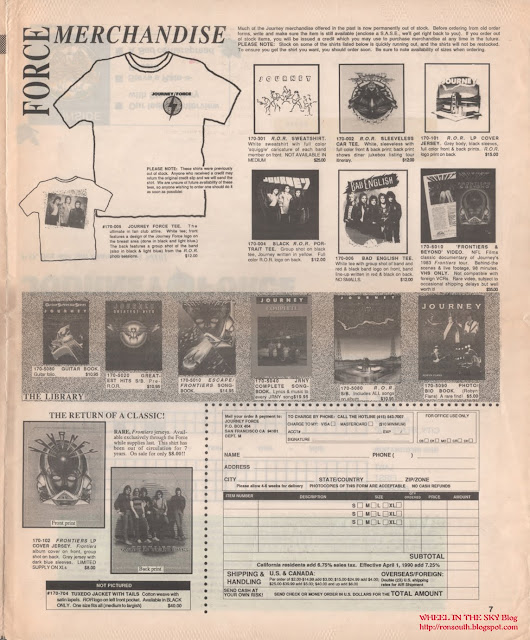 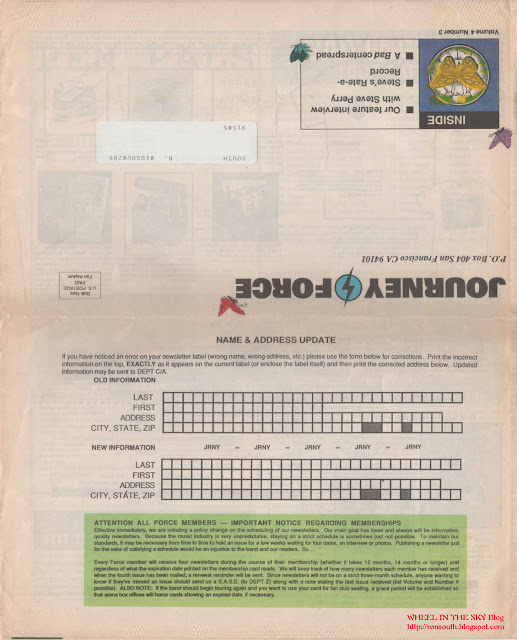 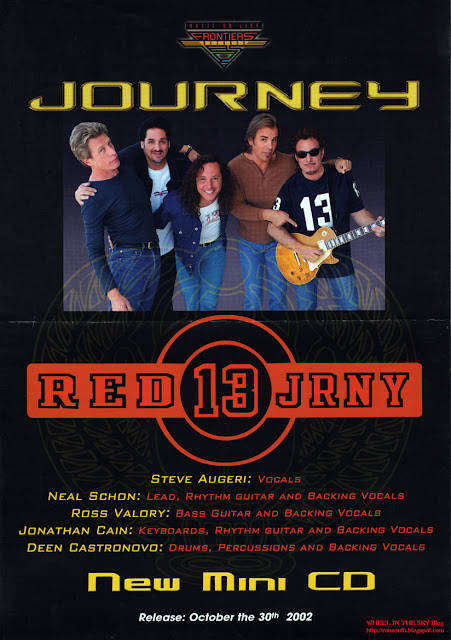 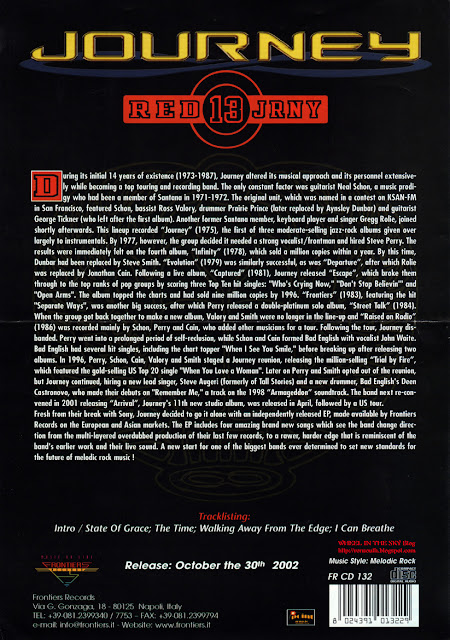 Neal Schon had always been playing guitar on the side, most notably with Jan Hammer and that sounded nothing like Journey, but now Neal and Jonathan start a new band while Steve Smith continued to make Jazz records. This new band was created out of members of Journey and Jonathan's old band, "The Baby's", called "Bad English"

By January 1990 the rumors of Journey breaking up were all over the place. There were signs everywhere that we all ignored to face. We were also led to believe that a center spread of a band that contained two major Journey members called "Bad English" was only a side project.

Bad English only released two albums in their three years of existence. They did have a few hits along the way. Their biggest hit is called , "When I See You Smile", and went to #1 on the U.S. charts. The song was written by Diane Warren.

Here is a complete list of the members of the band... 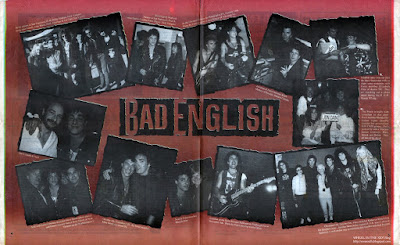 Continued Next Week...
Posted by WheelInTheSky at 10:00 AM No comments: