To keep Journey in the public eye during 1984 when Steve Perry and other band members were off doing solo projects Journey's management licensed a lot of merchandise. Pictures and mugs and anything that you could put a Journey logo on sold like like wild fire.

In 1984 a company called Freezz Frame made some nice 8X10 photos with information about each member on the back. This one here is one of the band except there are 2 members missing a whole year before they really went missing. 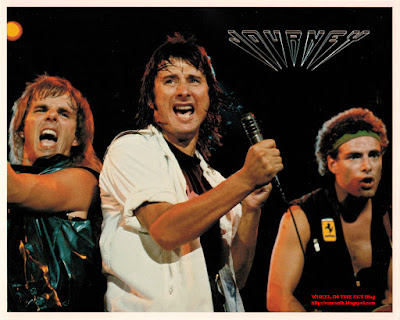 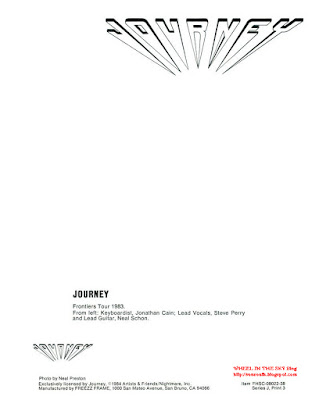 This week is the last pages and back cover of Journey's Escape Tour Program.

In 1982 this tour was the biggest tour Journey ever had. Neal Schon bought a new Ferrari.

Once the tour was over, the presuure was on for another album. The pressure was intense I'm sure, how do you top "Escape"?  Rarely does a rock & roll band such as Journey reach number 1 on the mainstream album charts.

The tour book shows us all six platinum albums up to 1981!

We end with the back cover which uses artwork created in the late 1970's and was used primarily for the "In The Beginning" compilation. 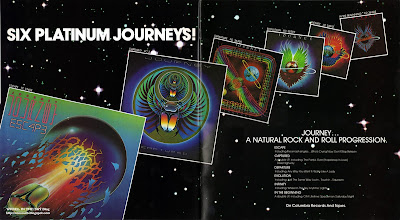 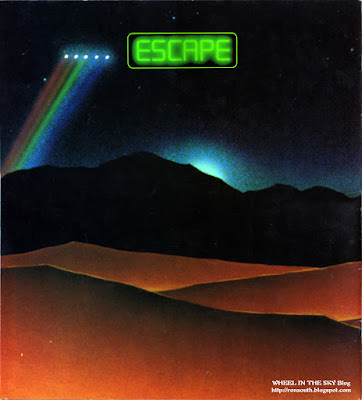 Join us next week for a post on the Escape Tour Merchandise...
Posted by WheelInTheSky at 8:00 PM No comments: