This week concludes the Journey Force Newsletter from July 1990. Starting with Kudos & Laurels has news about Journey's "Greatest Hits" album along with other news. Jonathan Cain's covers of "Keyboard" Magazine are shows too.

The Merchandise Page is getting a bit thin but still able to command an entire page and we end on the mailing page... 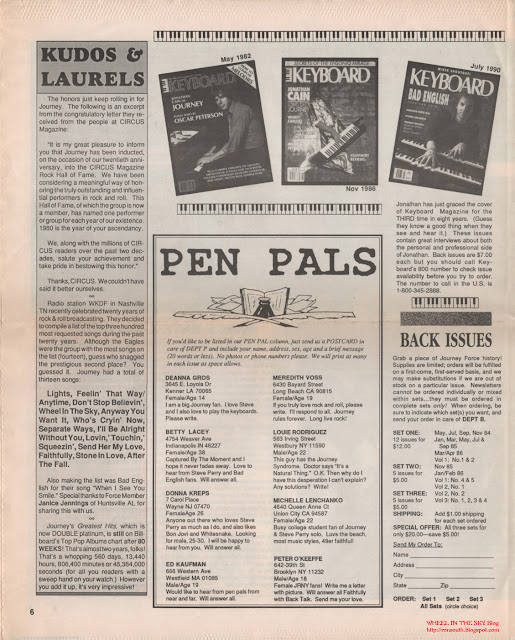 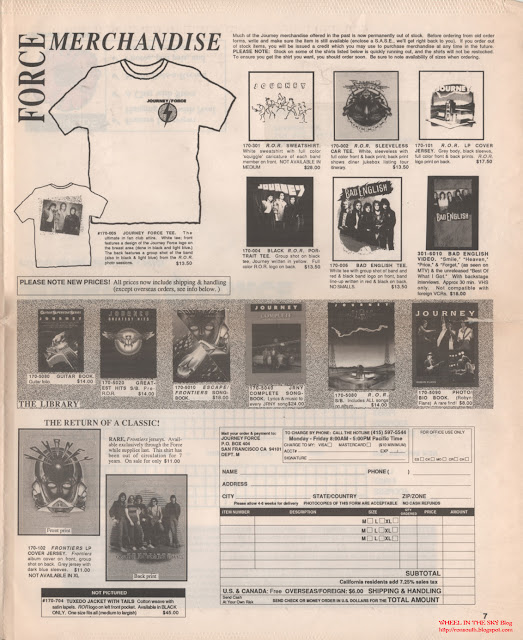 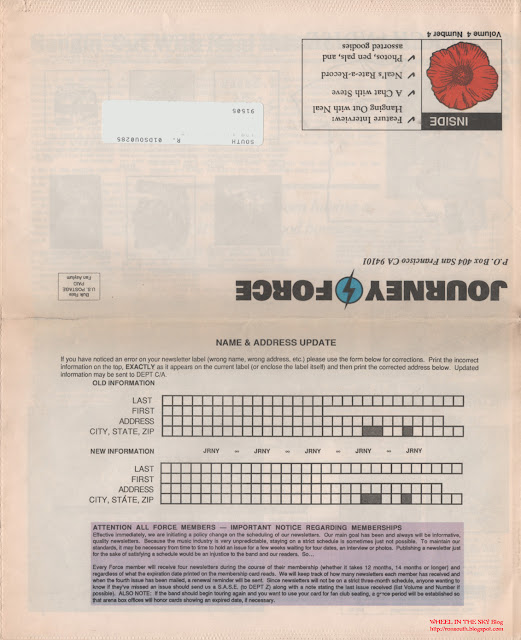 This week begins with a Chat with Steve Perry. This interview could have taken place last year. The same old same old. "I've got an album coming out..."

There's also plenty of photo's of Jonathan Cain and Bad English too. 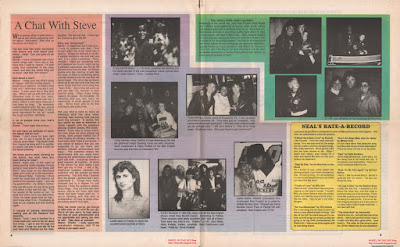 Concluded next week...
Posted by WheelInTheSky at 10:00 AM No comments:

This week we continue the Neal Schon interview inside the Journey Force Newsletter Volume 4, Number 4. Neal talks more about his son, Miles.

This week also includes the Neal Schon discography listing all the albums he has been a part of in different groups... 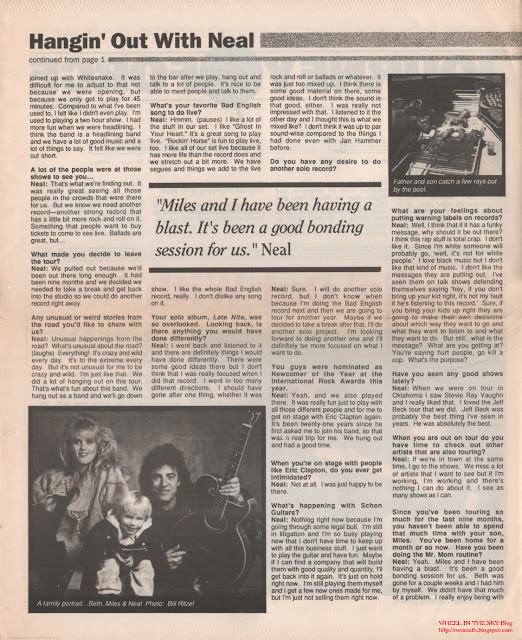 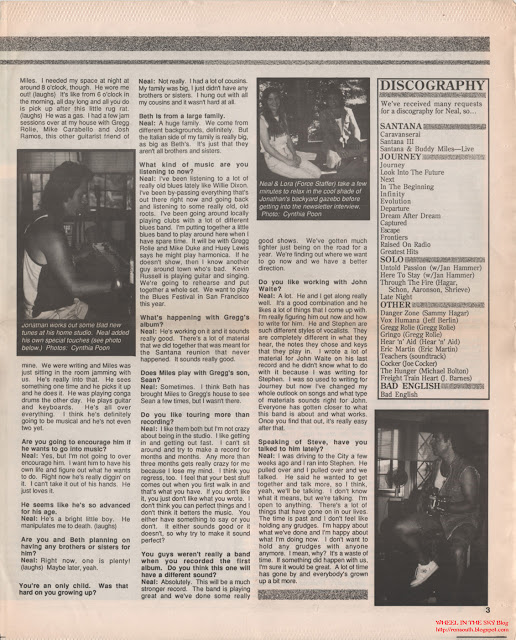 The Journey Force Newsletter, July 1990, Hangin' Out With Neal Schon, Part I

This week WHEEL IN THE SKY presents the first page of the July 1990 Journey Force Newsletter.

This Newsletter its all aboutNeal Schon. The first thing that catches your eye is the full color photo of Neal teachings son, Miles to play guitar. 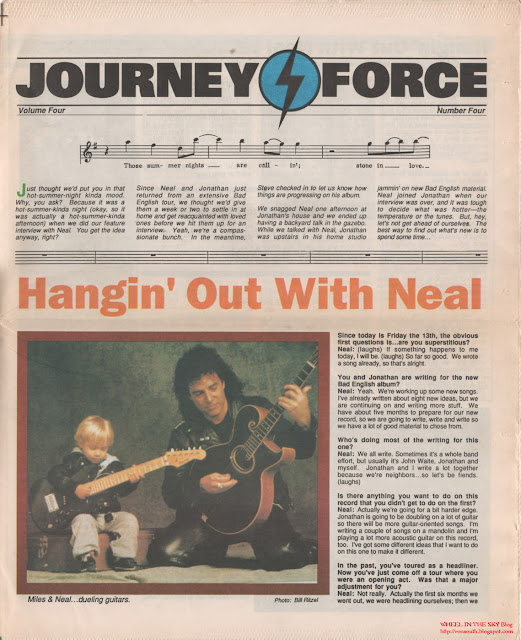 continued next week...
Posted by WheelInTheSky at 10:00 AM 1 comment: