Part 2 of the January 1, 1987 edition of the Journey Force Newsletter includes an interview with Neal Schon and Jonathan Cain.

Starting with some Bits And Pieces, We get a mention of Steve Perry's old band, "The Sullie's". The video for "The Girl Can't Help It" rises to #2 on MTV's countdown.

Steve Perry and Neal Schon were given a tour of the Harley Davidson plant in York, PA. There's a great picture of them on a couple bikes!

Then we get right into the first part of the Jon & Neal Interview which will be completed next week with the rest of the Newsletter. They talk about how the new members of the band have helped give the band new life. There is also talk about how they don't fight on this tour and everybody's having a great time. That's interesting because this tour never came to completion. It ended soon after this Newsletter was published, so I'm really excited to read the next one. 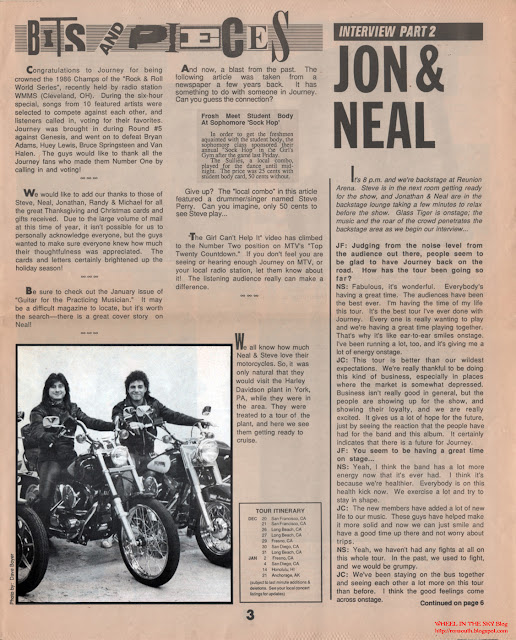 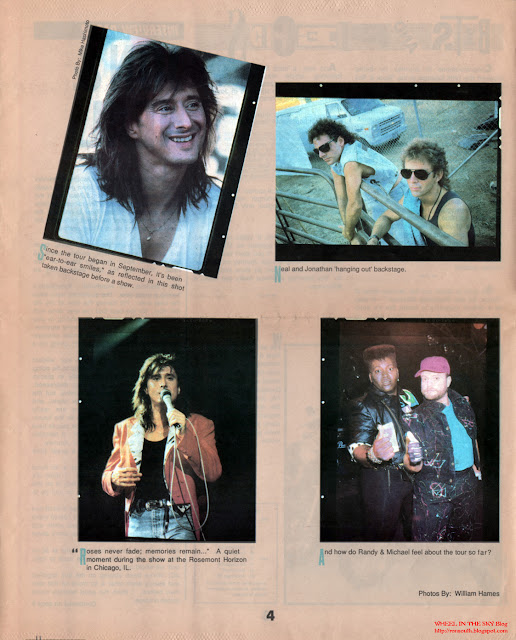 Concluded next week...
Posted by WheelInTheSky at 10:00 AM