The March and April 1986 edition of the Journey Force Newsletter begins with the first picture of Journey as a three-man band... 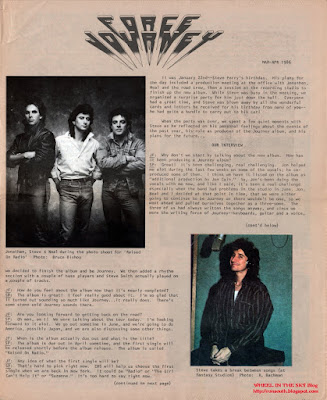 If you are able to save these files of the Newsletter you can read a great interview the Fan Club (Journey Force) had with Steve Perry at the time! It's the first interview Steve Perry gives about the firing of Ross Valory and Steve Smith. The new 1986 album name is finally announced in this issue as well! 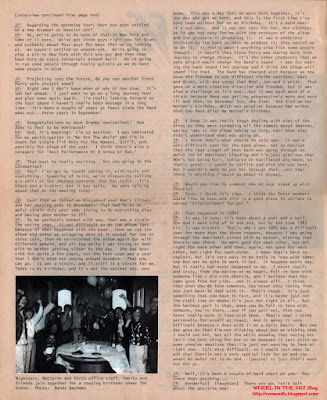 The first two pages are included this week and the whole Newsletter will be in three parts. The Steve Perry interview will be concluded next week along with some great photos as Steve Perry celebrating his birthday with his father, Marv, on January 22, 1986 while in the Studio working on the new album, ("Raised On Radio").

to be continued next week.
Posted by WheelInTheSky at 10:00 AM