The Journey Through Time 30th Anniversary Tour A.K.A. The Generations Tour 2005.

Steve Augeri was the Lead singer at the time and they were no longer with Columbia Records when this album and Tour began in 2005. This also marked the beginning of the end for Steve Augeri as his voice was starting to give.

This Sticker commemorating the 30th Anniversary of Journey incorporates all of the Steve Perry Era album cover art including, Infinity, Evolution, Departure, Escape, Frontiers and Raised On Radio, into one great piece of art! 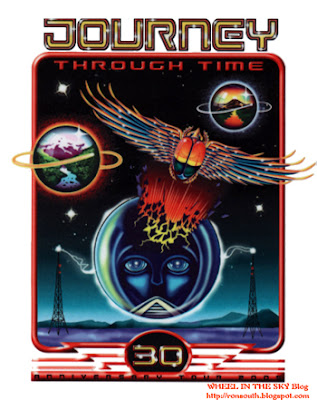