Jonathan Leonard Friga, better known as Jonathan Cain, the Keyboard player in Journey. His addition to the band was the first signal that the band might not be all from San Francisco. This line-up definitely severed the tie between San Francisco and Journey.

Jonathan cowrote every song for the "Escape album and helped Journey receive stratospheric success with the "Escape" and "Frontiers" albums, as well as "Raised On Radio". Jonathan and Steve Perry became great friends and wrote almost every Journey song together beginning in 1981 and endiing in 1997.

Jonathan has also been involved with other bands throughout his career including "Bad English" with Neal Schon, and his ex-wife's, Tane´ Cain, music career. 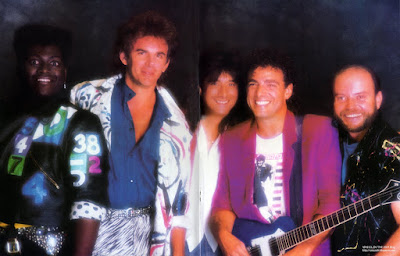 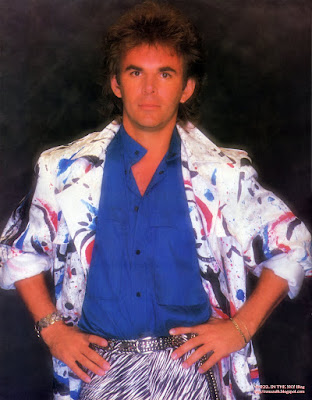 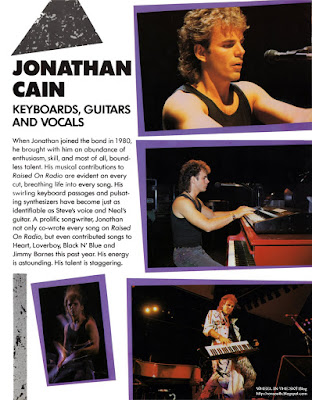 Continued next week...
Posted by WheelInTheSky at 8:00 PM