This week's part of the "Raised On Radio" Tour Book is four complete pages of Steve Perry! 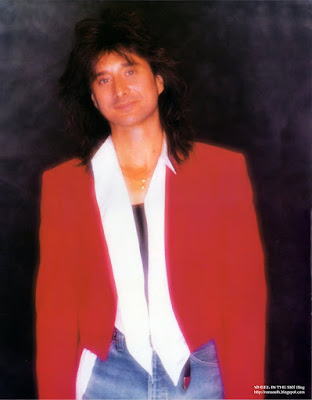 When the "Frontiers Tour" ended in late 1983, the band decided to take a year or so break before recording the next album. Each member pursued their own solo projects as a way to entertain themselves with things they couldn't do in "Journey". Steve Perry released his first solo album, "Street Talk" in 1984 which became a huge success. He didn't even tour and the album went double platinum! Now Steve Perry was known for his name, not only the lead singer in "Journey" which was great. He even was asked to join the USA for Africa recording of "We Are The World" in 1985. 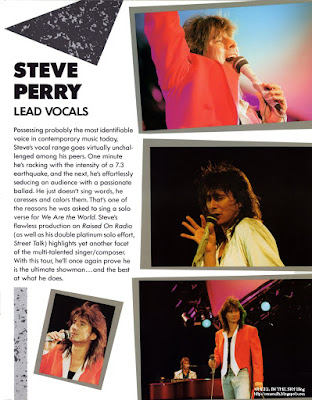 Steve was torn between another solo album or another Journey album. What a choice, destroy the band that made you famous, or continue on with Journey, when in actuality he could have done both. Steve saw himself as another Sam Cooke. He wasn't really a rock and Roll singer at heart, he wanted to sing Motown. There is a taste of that sound on his album "Street Talk". 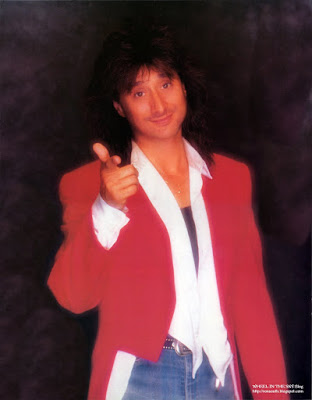 By now Steve Perry was a super star. He didn't really have any desire to get to work which gave him power. Everyone gave in and gave him whatever he wanted just so he would do the album. This ended up with him in complete creative control. Journey has always worked as a democracy, but that now ended. Steve had complete control and he fired a founding member of the band, Ross Valory and the best drummer Journey's ever had, Steve Smith. He also changed the name and concept of the album from "Freedom" to "Raised On Radio". 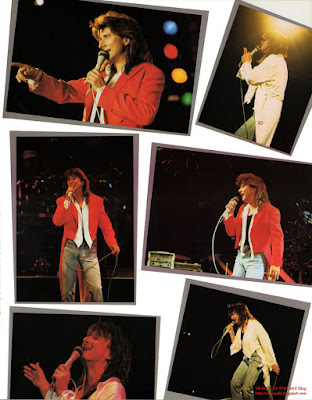 Journey became a three man band by 1986. Using some original Steve Smith tracks on a few songs that were recorded for "Freedom". Randy Jackson filled in for Ross Valory to lay down the bass tracks. Larry Londin, a stage musician played down the drum tracks. The album design was done by the original drummer of the band before they were called "Journey", Prairie Prince. There are a few songs that sound like Journey, but mostly the album feels like a Steve Perry solo album with better musicians.

After the release of two of the biggest selling Rock and Roll albums ever, "Raised On Radio" proved to be a disappoinment in sales. It only went double platinum, while "Frontiers" went 6X Platinum and "Escape" did even better than that. Steve Perry's bubble was suddenly burst and he ran away, ended the tour early and the "Journey" was suddenly over.
Posted by WheelInTheSky at 6:58 PM