The Morning show, "MARK IN THE MORNING", is airing the last show today, August 3, 2016. This is devastating news to Los Angeles Morning Talk Show listeners. This is our humor during our gut-wrenching morning commute. 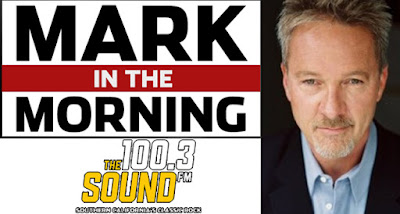 He is also a friend of Steve Perry


Back when I was in Junior High School, the mid 1970's, We had some great morning radio on FM rock stations KMET, and KLOS. I remember a show in particular called "Gonzo's Grill". All I remember is he'd serve you up some music breakfast, like Eggs Benatar (Pat Benatar/Eggs Benedict Mixup). Every station played music, but the extended comedy in between the songs is what I liked most.

In High School, late 1970's and early 1980's, I made my own pretend radio station. I would record myself and friends doing skits and introducing songs. The songs were just a beginning and a musical edit to the end of the song, so no song was more than about 20 seconds. Sometimes we would talk and tell jokes and pull shenanigans. I made three 60 minute cassette tapes that were mixed and edited professionally by me. My pretend station was called "NOYDFM" for the syndicated part, locally in Woodland Hills, California it was called "KNYD". We were 714 on the AM dial. There were no good numbers left on the FM dial, so we put our pretend FM station on the AM bandwidth. 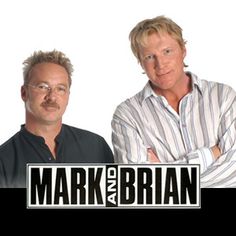 I don't remember when it was, the day I found the "Mark And Brian" program on KLOS. Finally something that I really liked! They did exactly what I did on my fake radio station, but much bigger and better, unfortunately they played the full songs. Over theirs the comedy sketches and shenanigans got longer and longer, the music they played was less and less until they didn't play any music at all. The comedy that Mark and Brian brought to me over my lifetime, through the ups and downs, the turmoil and good times, they were always there for a laugh. A few years ago Mark Thompson retired and that was the end of the "Mark and Brian" program.


At my age a few years can mean ten or more so I don't when exactly but ever since that day, the drive to work has been grueling and there were no laughs. Then one day about a year or so ago, I was switching stations looking for something as I forgot my iPod. I heard that voice, I recognized it, but damn a song started playing, so I had to wait. It was really him! It was Mark from "Mark and Brian". They were advertising it as "Mark's Back", but it was Mark Thompson on a show called "Mark In The Morning". I was so excited I couldn't wait for tomorrow to listen again.


When tomorrow came, I forgot what station I heard him on, so I had to flip again. I found out it was 100.3, The Sound. I finally had something to entertain me on the way to work in the morning.  I've been listening to "Mark In The Morning" ever since, but yesterday I heard the devastating news that Mark was being cut loose as the station wants to play more music. You could get that anywhere! It was a horrible day for me and today is the last chance to hear the show on 100.3FM, The Sound.

Mark In The Morning Twitter Page - @markinmorn
Posted by WheelInTheSky at 12:00 AM